Who’s Who at the Lab-Danielle H. Speller 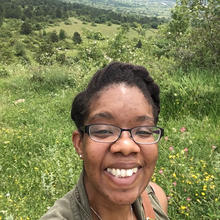 What do you do here at Wright Lab?

At Wright Lab, I work on searches for rare events and new particles.  I perform research with the Cryogenic Underground Observatory for Rare Events (CUORE), searching for neutrinoless double-beta decay, and I work with the Haloscope at Yale Sensitive to Axion C[old Dark Matter] (HAYSTAC), searching for axion dark matter from the galactic halo.  I also work with the Mayurama group on R&D towards an atom-based single photon detector, in a project we have dubbed RAY (Rydberg Axions at Yale).

What is the most unique and/or exciting experience you’ve had here at Wright Lab?

I have had the opportunity to do a number of new, unique, and exciting things at Wright Lab, but the one that came most immediately to mind was my first trip to Italy with the CUORE experiment.  It was very shortly after my arrival, and in addition to joining the spring collaboration meeting, the detector was coming online to collect physics data for the first time.  The CUORE detector is actually located in a deep underground laboratory in a large national park.  While I had already worked in underground laboratories for my graduate work, I had never been to Italy or LNGS, and I found the travel, the lab, and the surrounding countryside exhilarating.  The Yale team was in charge of the internal detector calibration system for the detector, and on that first trip, I met a large portion of the collaboration for the first time, and became deeply involved in working on-site and operating the DCS.  That one trip marked the beginning of a lot of “firsts” for my time at Wright Lab.

Things come out in conversation - I’m not really sure what to add! :)

I like to work at the dining table in the living room of my apartment! 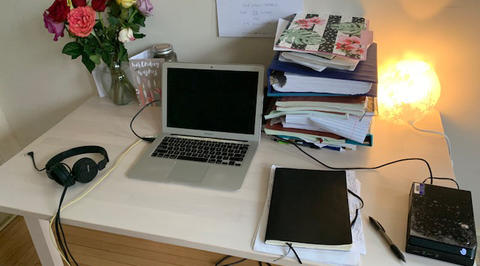