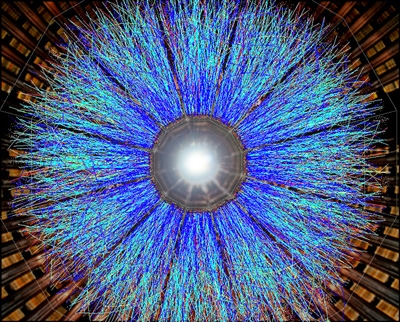 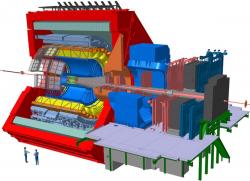 ALICE  is a detector at the Large Hadron Collider (LHC) located at the Center for European Nuclear Research (CERN) in Geneva, Switzerland, that uses collisions of heavy nuclei, as well as proton-proton and proton-nucleus collisions, to study the physics of strongly interacting matter at the highest energy densities reached so far in the laboratory. The primary goal of the experiment is to re-create the quark-gluon plasma (QGP) state of matter, which is predicted by the Standard Model of particle physics to have existed ten millionths of a second after the Big Bang.  Prof. John Harris is the Chair of the ALICE Collaboration Board and the Yale group has contributed significantly to ALICE analyses and papers, as well as the design of the detector.  The Yale group assembled, tested, calibrated and installed the electromagnetic calorimeter (EMCal) in ALICE and and is leading construction of the the inner sectors of the  ALICE TPC upgrade, as well as  engaging in simulations, R&D, design and prototyping of future detectors. 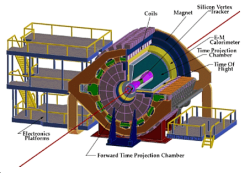 STAR is a large–scale experiment at the Relativistic Heavy Ion Collider (RHIC) at Brookhaven National Laboratory (BNL) on Long Island, New York.  The STAR experiment searches for signatures of ​quark-gluon plasma (QGP) formation and investigates the behavior of strongly interacting matter at high energy density.  STAR is exploiting the versatility of RHIC by utilizing colliding beams of various nuclei, from protons to gold, Ruthenium and Zirconium, and varying the energies of the colliding beams to explore the phase diagram of nuclear matter. The goal is to obtain a fundamental understanding of the microscopic structure of hadronic interactions, at the level of quarks and gluons, at high energy densities.  Prof. Helen Caines is co-Spokesperson of STAR. 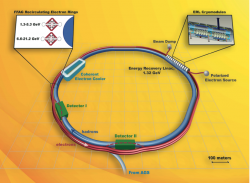 The Yale group is engaged in simulations, R&D, design and prototyping of future detectors for a possible future Electron-Ion Collider detector.