Register here by March 19 to ensure your spot!

Artists and scientists with a Yale affiliation are invited to participate in the second annual competition, held at the Yale Wright Laboratory, for teams of artists and scientists to collaborate and create a conceptual model of a quantum concept (to be revealed at the start of the competition) and realize it in either two- or three-dimensional format using materials provided for the competition.  This event is part of the programming for Quantum Week at Yale.

Two awards will be given: a “Judge’s Award” and a “People’s Award”.  The goal of the Visualize Science competition is to develop conceptual models of concepts in the physical sciences and to increase understanding of those concepts.

Entrants will be up to 48 participants from the Yale community, with a preference for those with backgrounds in physics and studio art.  They will be divided into a maximum of 6 teams of up to 8 students each, composed of mixed art/physics disciplines.

2:30 p.m.  Teams should begin work on realization of models by this point if they haven’t already

3:40 p.m. Team presentations (up to 5 minutes each).  Non-participants who are interested in the contest are invited to attend the presentations. 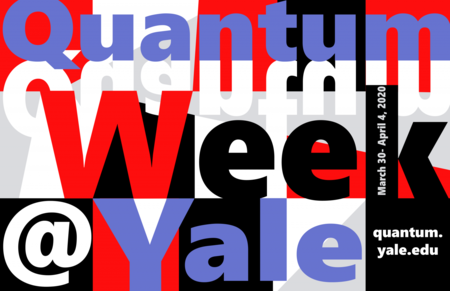