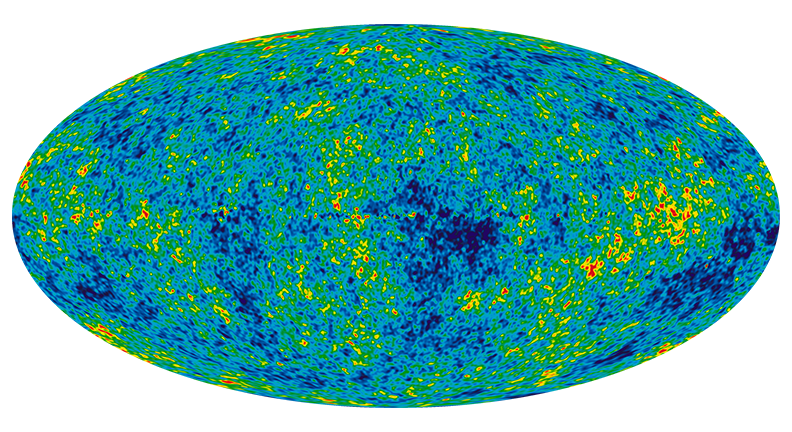 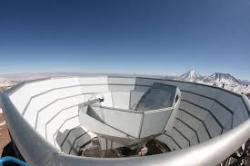 ACT is a 6m radio telescope dish located in the Atacama Desert in Northern Chile.  The Yale team uses the telescope to make high resolution measurements of the Cosmic Microwave Background (CMB),  which is the relic light from the Universe when it was ~380,000 years old. Measurements of the CMB have been a workhorse in precision cosmology, constraining parameters like the geometry of the Universe and its constituents (dark matter, baryonic matter, neutrinos, dark energy) and provide the high-precision measurements required for additional constraints from Large Scale Structure.

The Canadian Hydrogen Intensity Mapping Experiment (CHIME)  is radio telescope with a set of 4 cylindrical dishes, each 100m long x 20m wide, located at the Dominion Radio Astrophysical Observatory (DRAO) in British Columbia, Canada.  Data from CHIME will be processed to form a 3-dimensional map of hydrogen density, which will be used to measure the expansion history of the universe and discover insights about Dark Energy, a mysterious component that makes up ~72% of the energy density of the Universe and is causing the expansion of the Universe to accelerate. 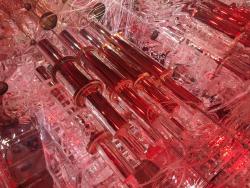 COSINE-100 is a NaI(Tl) direct detection dark matter experiment, a collaboration between the DM-Ice and KIMS experiments. The first phase of the experiment deployed 106 kg of NaI(Tl) at Yangyang underground laboratory in South Korea. COSINE-100 started to take physics data in September 2016 with an aim to test DAMA Collaboration’s claim that they have made a direct detection of dark matter with their thallium-doped sodium iodide detectors.   Prof. Reina Maruyama is the Principal Investigator of the experiment. 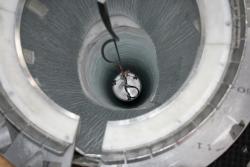 DM-Ice is a direct-detection dark matter experiment to test DAMA’s assertion that the observed annual modulation is due to dark matter.  DM-Ice aims to understand the origin of DAMA’s signal by using the same target, and is the only experiment with access to both Northern and Southern Hemispheres.  DM-Ice is a phased experimental program; the current phase is COSINE-100 (see above).

The Yale team is designing, testing and building a DESI Fiber View Camera System for the DESI instrument on the Mayall 4-meter telescope at Kitt Peak National Observatory near Tucson, Arizona, to vastly improve the precision of DESI, which has 5,000 fibers in robotic actuators simultaneously taking data. 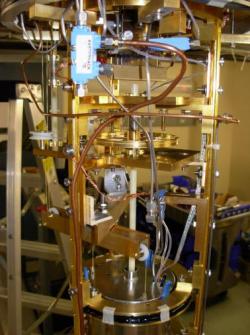 HAYSTAC is looking for galactically-bound cold dark matter (CDM) in the form of Axions which are very low mass particles that are predicted in the context of the standard model of electroweak interactions (quark, gluon, W, Z, Higgs, etc. are all part of this model). If they do indeed exist and form dark matter, they will convert to radiofrequency photons in the presence of a strong magnetic field. The photon energy, hence frequency, is essentially determined by the axion mass, and is expected to be in the 1-20 GHz region. The heart of our experiment is a tunable radiofrequency (microwave) cavity resonator, which serves to build up the axion signal, and a quantum limited amplifier based on the Josephson effect which occurs when Cooper pairs tunnel though an insulating layer separating two superconductors.  HAYSTAC is located at Wright Lab and the Yale team is responsible for systems engineering, cryogenics and magnetics. 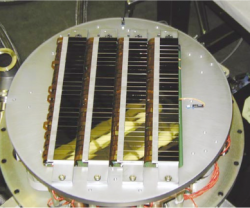 The large area QUEST camera is a mosaic of 112 CCDs covering the full field of view of the 40” ESO Schmidt Telescope at the LaSilla Observatory of the European Southern Observatory (ESO) in Chile that was built at Yale and Indiana University.  The camera has been used for the Yale-run La Silla-QUEST Variability Survey and the team is planning, with an international collaboration, to upgrade the camera and build a new spectrometer for another 5-year survey.

HIRAX is a radio telescope array of 128 dishes, each 6m in diameter, located in the Karoo Desert in South Africa, which will map nearly all of the Southern sky in radio continuum and neutral hydrogen line emission over a frequency range of 400 to 800 MHz.  The primary goal of HIRAX is to use 21-cm intensity mapping to measure baryon acoustic oscillations (BAOs): these are remnant ripples in the distribution of galaxies that are imprinted by primordial sound waves that existed in the early universe.  The characteristic BAO length scale can be used as a “ruler” for charting the expansion history of the universe and for shedding light on the nature of dark energy. 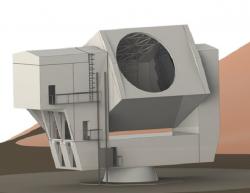 The Simons Observatory will be a state-of-the-art array of radio telescopes located in the high Atacama Desert in Northern Chile inside the Chajnantor Science Preserve and will study the Cosmic Microwave Background (CMB) to determine how the universe began, what it is made of, and how it evolved to its current state.