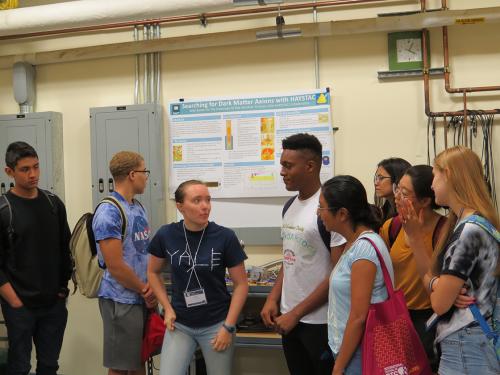 The students then assembled again for a question and answer session with all the researchers before heading to lunch.

The Wright Lab tour was part of the enrichment program for the Pathways two-week summer program, in which 100 local high school students take courses and workshops that are taught by Yale faculty and graduate students.  Wright Lab professor David Moore also contributed to the summer program by teaching a one-week course on optics.