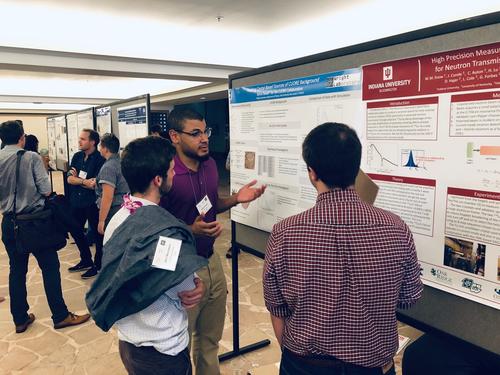 Several researchers from Wright Laboratory gave talks, seminars and poster presentations at the 5th Joint Meeting of the APS Division of Nuclear Physics and the Physical Society of Japan (DNP2018) held on the Island of Hawai’i in October 2018 on October 23-27, 2018.

In addition to showcasing exciting nuclear physics, DNP2018 was intended to foster cooperation, collaboration, and the exchange of ideas among the nuclear scientists from Japan, the U.S., and other Pacific Rim countries. It provided an opportunity for students from Japan and the U.S. to meet and discuss their visions of careers in the field of nuclear physics.  Presenting from Wright Lab were:

Wright Lab research was also represented at a DNP2018 satellite meeting, International Workshop on “Double Beta Decay and Underground Science” (DBD18), which was held October 21-23, 2018.  This workshop provided a platform for open discussions on current and future directions in the study of double beta decay and other related topics in neutrino physics.  Presenting from Wright Lab was: