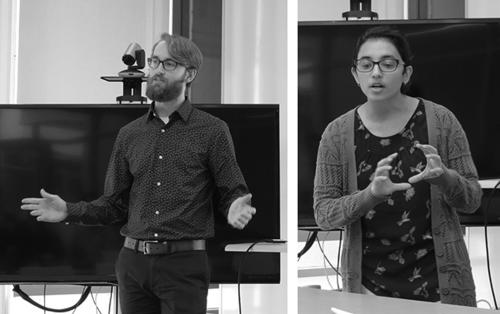 The program included the following talks, which could be up to 3 minutes long and include up to one (optional) slide:

Ben Foust was awarded first prize and Sumita Ghosh was awarded runner-up, based on an audience vote.

More information about Yale’s 3-Minute Thesis competition can be found on the Yale Office of Career Strategy’s website.