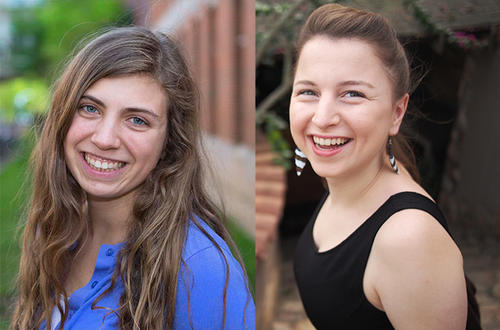 Samantha Pagan is one of fifteen recipients across Yale University of the 2019 Dean’s Emerging Scholars Fellowship, which is awarded to graduate students who exhibit outstanding academic promise and achievement and meet at least one of the following criteria:

Arina Telles is one of three recipients of the 2019 Leigh Page Prize, which is offered to first year graduate students in recognition of their fine academic record and for the promise of important contributions to the field of physics. The other winners this year are Ryan Mescall and Alex Reda.