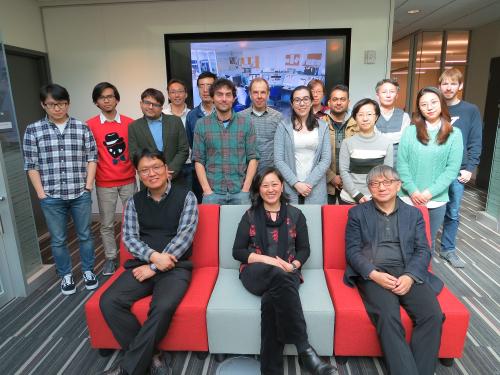 The third COSINE collaboration meeting was held at Wright Laboratory on March 13-14, 2018.   COSINE-100 is a joint effort between the DM-Ice and KIMS collaborations to search for dark matter interactions in NaI(Tl) scintillating crystals. The experiment has been operating since September 2016 at the Yangyang underground laboratory (Y2L) in South Korea, situated at the Yangyang pumped storage power plant, with ~700 m of rock overburden.  Professor Reina Maruyma is the Principal Investigator and Scientific co-Spokesperson for COSINE-100.