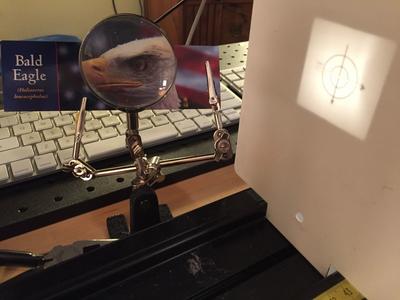 Physics 166, General Physics Laboratory, has rolled out its online learning program to a class of more than 200 students.

Led by professor of physics Bonnie Fleming, along with professor of physics Sean Barrett, senior lecturer and research scientist in physics Sidney Cahn, and lecturer Mehdi Ghiassi-Nejad, the graduate student teaching fellows (TFs) have thus far engaged the students in the basics and intricacies of LRC circuits, Geometric Optics and Interference and Diffraction.

The centerpiece of the three laboratory sessions were videos that were prepared beforehand in both Sloane Physics Laboratory and in Cahn’s basement laboratory, which has been assembled from equipment gathered from across Science Hill.

The TFs were given wide latitude in their presentations, and were broadly creative in how to present the lab, including: live annotation of the writeups, stop-action display of the videos, and computer animations of the damped-sinusoids generated by the physical inductor, resistor, capacitor setups.  The chat feature of Zoom allowed private question and answer sessions.  This sanctioned passing of notes is a boon.  No students (nor instructors) needed to be embarrassed by being out of step with the presentation, either ahead or behind. The breakout sessions were also employed, although Cahn was left unassigned and by himself in one session, feeling like he was in the “Neural Neutralizer” of “Dagger of the Mind” in Star Trek TOS.  Rescued from this sensory deprivation purgatory, he suffered no ill effects.