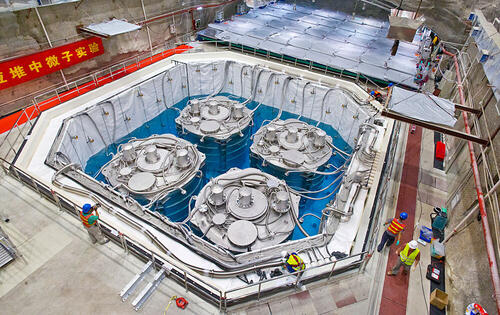 Over nearly nine years, the Daya Bay Reactor Neutrino Experiment captured an unprecedented five and a half million interactions from subatomic particles called neutrinos. Now, the international team of physicists of the Daya Bay collaboration, which includes Karsten Heeger, professor and chair of the Yale Physics Department and a member of Yale’s Wright Lab, has reported the first result from the experiment’s full dataset—the most precise measurement yet of theta13, a key parameter for understanding how neutrinos change their “flavor.” The result, announced at the Neutrino 2022 conference in Seoul, South Korea, will help physicists explore some of the biggest mysteries surrounding the nature of matter and the universe.

To read more about the result, read the article, “Physicists announce first results from Daya Bay’s final dataset,” linked below.