A new PROSPECT for national security — via neutrinos 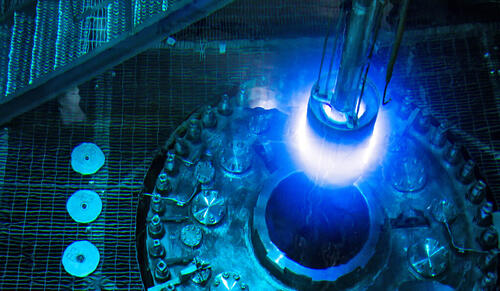 The Yale-led PROSPECT experiment has been featured in a Yale News Q&A with Karsten Heeger, professor of physics, director of Wright Lab, and chair of the Physics Department, called “A new PROSPECT for national security — via neutrinos”. An excerpt is below:

“As part of the neutrino detection and measurement process, physicists are able to trace the signature of certain neutrinos —which may also provide information valuable to nuclear safety, containment, and disposal. Refining this information, scientists say, might tell us about such things as whether a nuclear reactor is producing weapons-grade plutonium, where such production is occurring, and whether stored plutonium is being destroyed in accordance with a treaty.”

“Today, as policymakers in the United States discuss the possibility of re-engaging in nuclear treaty talks with Iran and North Korea, one of the tools for monitoring nuclear activity could come from neutrino detector experiments — including PROSPECT.”  Read more.