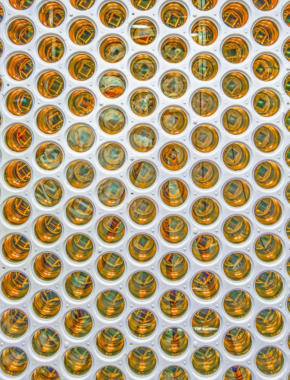 The Coordinating Panel for Advanced Detectors (CPAD) of the Division of Particles and Fields (DPF) of the American Physical Society (APS) is hosting an online CPAD Instrumentation Frontier Workshop 2021 on March 18, 19, and 22 of this year.  Wright Lab Director and professor of physics Karsten Heeger is co-Chair of CPAD , along with Petra Merkel from Fermilab, and is on the organizing committee.

The focus of the workshop, which is being organized by Stonybrook University, will be a discussion of the outcome of the recent Basic Research Needs (BRN) study on High Energy Physics (HEP) Detector Research and Development (R&D), which was co-chaired by Wright Lab professor of physics Bonnie Fleming, with the aim to sharpen some of the technical requirements and to formulate a roadmap for the needed R&D. Therefore, the work in the parallel sessions will be organized along the same technical groups as in the BRN: Quantum Sensors, Noble Elements, Calorimetry, Solid State Vetexing and Tracking,  Photodetectors, TDAQ, Readout and ASIC, Micropattern Gas Detectors. In addition, special attention will be paid to cross cutting, interdisciplinary topics, in particular with the NP/EIC community.

In light of the ongoing pandemic and a resulting lack of networking opportunities for early career members of the instrumentation community, there will also be a plenary session with short contributions drawn from that community.

Registration is now open for the workshop, with abstracts due by February 22.

CPAD is the leading organization in the US for the advancement and promotion of HEP detector instrumentation . Since its inception in 2012, CPAD has organized annual workshops that bring together the detector community in the country.  It has guided the field with its Grand Challenges documented in its annual reports. CPAD has launched the DOE’s Graduate Instrumentation Research Award (GIRA), the DPF Instrumentation Award, a pilot quantum sensing workshop, and many more.