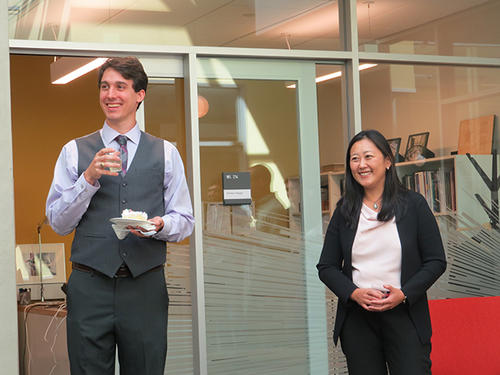 Davis explained, “One major open question in physics is the precise nature of the neutrino. Specifically, we don’t know if the neutrino is identical to its antiparticle partner, the antineutrino. If this is the case, this would allow for a new way for protons and neutrons to decay in a nucleus. To this end, I worked with the CUORE (Cryogenic Underground Observatory for Rare Events) collaboration to build and operate an experiment designed to search for these rare nuclear decays. This experiment utilizes nearly 1000 tellurium dioxide crystals that we cool down to 10 mK, forming the coldest cubic meter in the known universe. My thesis searches for a particular mode of this decay that would emit a new as-of-yet unobserved particle, called a majoron. If shown to exist, these decays could explain the dominance of matter over antimatter in the early universe, causing us to live in a matter-dominated universe today.”

In October, Davis will assume a new position as a Senior Data Scientist at CarMax.

Thesis abstract: This thesis describes a search performed at the Cryogenic Underground Observatory for Rare Events (CUORE) for Majoron-emitting neutrinoless double-beta decays. A discovery of any form of neutrinoless double-beta decay would be of immense importance to the field of physics, as any mechanism by this decays occurs would require physics beyond the Standard Model. In addition, neutrinoless double-beta decays, including type I Majoron models, would show that lepton number is not a conserved quantity and, along with other measurements, could explain the prevalence of matter over antimatter in the early universe. Also described in this thesis is the experiment, CUORE, which is a neutrinoless double-beta decay experiment currently in operation at the Laboratori Nazionali del Gran Sasso (LNGS) in Italy, along with a detailed description of one of the calibration systems used in the experiment. Since April 2017, CUORE has been taking physics data using 988 TeO2 crystals arranged in 19 towers inside of a custom cryostat operating at approximately 10 mK. The results presented in this thesis correspond to a live-time of 216.36 kg yr in TeO2 and place lower limits (90% C.L.) for majoron decays of spectral index 1, 2, 3, and 7, respectively. These results are the strongest limits in Te-130 to date, and limits produced for coupling constants of each majoron decay mode are comparable to that of other present experiments. Lastly, these searches for majoron decays continue to be an interesting phase space for research into neutrinoless double-beta decay, and serve as another promising decay mode to observe as detector technology and background reduction techniques improve. 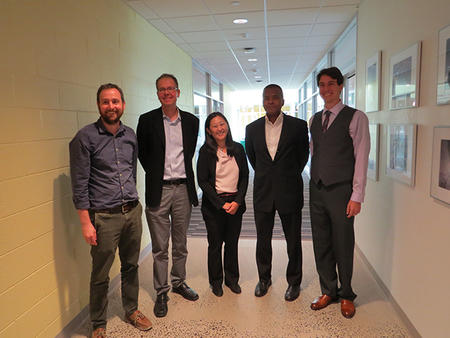 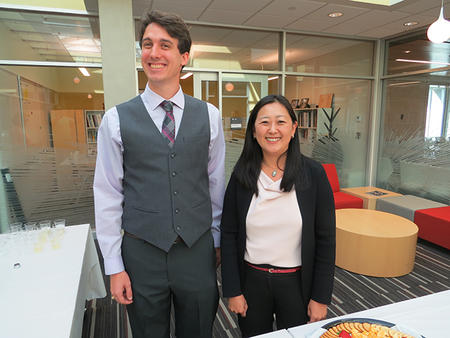