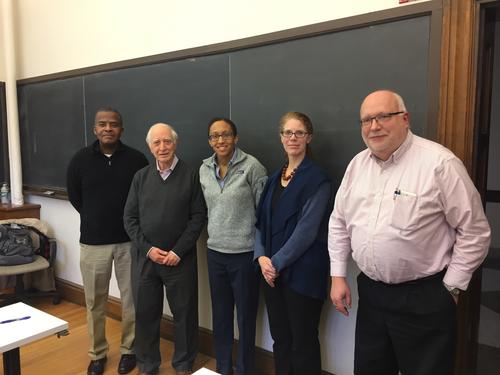 Russell explained, “One of the most pressing questions in neutrino physics is a simple one: how many neutrino species are there? The MicroBooNE experiment aims to shed light on this question by utilizing single-phase liquid argon time projection chamber detector technology. MicroBooNE’s primary physics objective is to definitively understand the nature of the low-energy excess of single-shower electromagnetic events measured by the precursor MiniBooNE experiment. My thesis aims to address the leading capability stipulations required to test the MiniBooNE measurement, namely (1) the ability to observe and reconstruct complicated topologies through robust noise filtering and signal processing and (2) a proficiency to trigger on low energy final states realized by a highly performant neutrino selection.”

Russell is the first black woman to earn a physics Ph.D. in the Yale Physics Department.