ALICE visit by members of the Office of the U.S. Secretary of Energy included Wright Lab graduate student Hannah Bossi 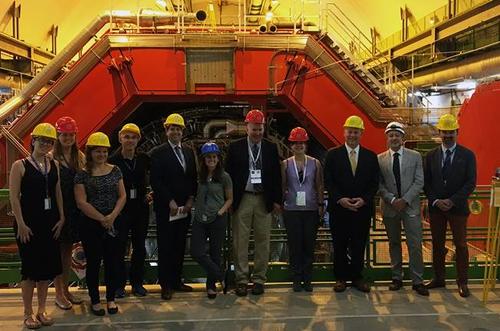 This photograph, taken on July 17, 2019, is from a high-level visit from members of the Office of the United States Secretary of Energy to A Large Ion Collider Experiment (ALICE) at the Large Hadron Collider (LHC) at CERN, which is located in both France and Switzerland. The entourage is in the ALICE cavern with a few accompanying ALICE members, including Wright Lab Yale Relativistic Heavy Ion Group graduate student Hannah Bossi.