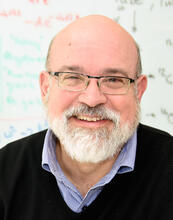 The Standard Model of Particle Physics is wildly successful. It has passed all experimental tests over a wide range of energy scales. Nevertheless, there are good reasons to keep testing it, particularly by probing the highest energies. On the other hand, at energies where it is well understood, we can use the Standard Model as a tool to study other fundamental phenomena.
We will discuss parity violating elastic electron scattering with GeV electron beams. The focus will be on two precision experiments being carried out at Jefferson Lab. One experiment aims at the equation of state of neutron matter, necessary to understand neutron stars. The other experiment probes physics Beyond the Standard Model at TeV energy scales. Both experiments are technically challenging and push the state of the art, but I will hopefully convince you that the payoff is worth the effort.
Host: Keith Baker (oliver.baker@yale.edu)
The Colloquium series of the Yale Physics Department is called the Physics Club. The name dates to the late 1890s, the era of J Willard Gibbs, who influenced the intellectual life at Yale through a number of “graduate clubs”. He was one of the founders of the Mathematics Club which originated in 1877; he served as its executive officer for ten years. The Physics Club first met on the evening of Oct. 31, 1899, with 13 in attendance. Ever since, Physics Club has met regularly through each academic year, though in a break with tradition, we do no meet on the evening of Halloween. (Reference: Suha Gürsey, The History of Physics at Yale 1701-1970 (c) 2000.)
Physics Club is a weekly colloquium of general interest to the Department of Physics, Applied Physics, Astronomy, and Mathematics. The series is aimed at graduate students, postdoctoral researchers, research staff and faculty. For more information, or to request a Zoom link to attend, please send an E-mail with your name and institutional affiliation to Taylor Dunnigan (taylor.dunnigan@yale.edu), Physics Club coordinator.