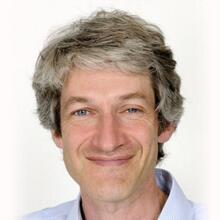 I will outline some applications of quantum networking, and describe two recent experiments performed using an elementary two-node network which links two separate ion traps via a single-photon optical fibre interface. Both experiments rely on the ability to generate high-fidelity (>90%) entanglement between trapped-ion qubits, one stored in each trap, at high speed (up to 200 entanglement events per second). In the first experiment [1], we present a realization of a complete quantum key distribution (QKD) protocol immune to the vulnerabilities of the physical devices used in the implementation. In this “device-independent” QKD protocol, we can put a limit on the amount of information accessible to an eavesdropping adversary by using Bell’s Theorem, as first proposed 30 years ago by Ekert. In the second [2], we show how the network link can be used to entangle a pair of atomic clocks, enabling entanglement-enhanced frequency comparison. We surpass the “standard quantum limit” which applies to independent systems, and approach the so-called “Heisenberg limit”, the ultimate measurement precision attainable for entangled particles.