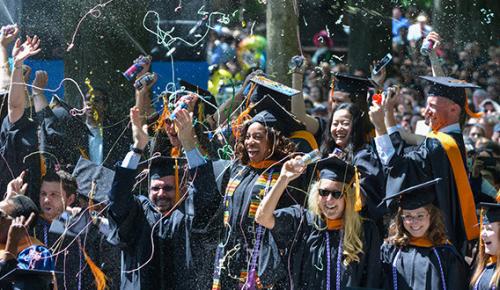 Wright Lab would like to congratulate its graduates who walked in the Yale University commencement on May 21, 2018.

Arina Bykadorova, The PROSPECT Calibration System (Advisor:  Karsten Heeger).  Bykadorova also was the recipient of the 2018 DeForest Pioneers Prize, awarded to a Yale senior for distinguished creative achievement in physics.